A Conversation with Peter Koehler

“Finding common ground is a never-ending process,” says Koehler, a new FBO Board member who has mediated some of Oregon’s most challenging disputes.

Louis Wheatley is Strategic Communications Director at Foundations for a Better Oregon.

Louis Wheatley is Strategic Communications Director at Foundations for a Better Oregon.

Foundations for a Better Oregon (FBO) is thrilled to welcome Peter Koehler, a trustee of the James F. and Marion L. Miller Foundation, to the FBO Board of Directors.

Peter is a mediator and arbitrator who was most recently widely recognized for mediating a historic agreement between timber and environmental groups. His commitment to building a better Oregon for future generations also includes serving on the board of directors for the Oregon Environmental Council and Classroom Law Project. Earlier in his career, he served as corporate counsel for Nike, Inc., including as the vice president responsible for managing the global legal team. To learn more about his leadership, read our announcement of Peter’s appointment to FBO’s Board of Directors.

In a new interview with FBO, Peter shares how he works to earn people’s trust, how younger generations challenge his worldview, how an Irish poet’s blessing shaped his leadership, and more.

This interview has been edited for length and clarity.

As a mediator, you’ve worked on some of the most challenging disagreements in Oregon. What does finding common ground look like to you?

Finding common ground is a never-ending process. We're diverse human beings with different experiences, and there will always be opportunities to go further on the journey of finding common ground. When tackling a seemingly intractable dispute between two parties, I try to figure out: What is the narrative one party has about why they stand where they stand? And what's their narrative about the other side? As a mediator, at least 80 percent of my job is listening. Then, we can work together on visualizing a future that is disconnected from the narratives that keep both sides stuck in place. When we construct a new narrative, that allows possibilities to emerge. That's my framework: I listen, understand the narrative, help them visualize the future, change the narrative, and move forward.

The mediation between the timber industry and conservationists has been the largest and in some ways the most public work that I’ve done. That agreement didn’t solve every issue between each side. What we accomplished is the beginning of a change in the relationship, and a commitment by both sides to continue to work together. Just like any personal relationship, it’s a never-ending process to deepen understanding.

Would you say this framework for finding common ground can apply outside of a formal mediation process?

Definitely, and it resonates with FBO’s work. If we’re going to change how we think about education as a state, we have to recognize that we hold certain narratives about education. Many of those narratives are mythological. How do we bring together disparate communities to visualize the future, change the narrative, and understand each other more deeply? It's all part and parcel of the same critical work.

Over your career and lifetime, what have you learned about how people build trust with each other?

My two most closely held values are deep listening and kindness. I aspire to that, and I’m sure I fail as often as I succeed. If you listen to people without judgment and treat them with kindness and empathy, then they feel heard. It becomes a very short leap to earn their trust.

The great Irish poet John O'Donohue wrote a beautiful collection called To Bless the Space Between Us. In his blessing for a leader, he offers a roadmap for what transformational leadership looks like, and it's very much grounded in those two values. I revisit this poem from time to time in my work because it says so much in so little.

What are the roots of those values for you?

I was raised in a large Catholic family—six boys in seven years. I was a middle child, and the way I survived as a middle child was to be flexible. (I think it would be interesting to see how many mediators were middle children!) My mother was also a socially active Catholic and an activist, so I learned the value of active kindness through that culture.

Over time, I've gravitated toward people who embody these values. Early on in my legal career, I had one mentor whose real impact on me was not about how to practice law, but how to use one’s privilege as a lawyer to be a citizen of the community and the world. He taught me that how you show up has much more impact than the technical skill you might have as a lawyer. That was eye-opening.

I’m guessing they don’t teach that in law school? 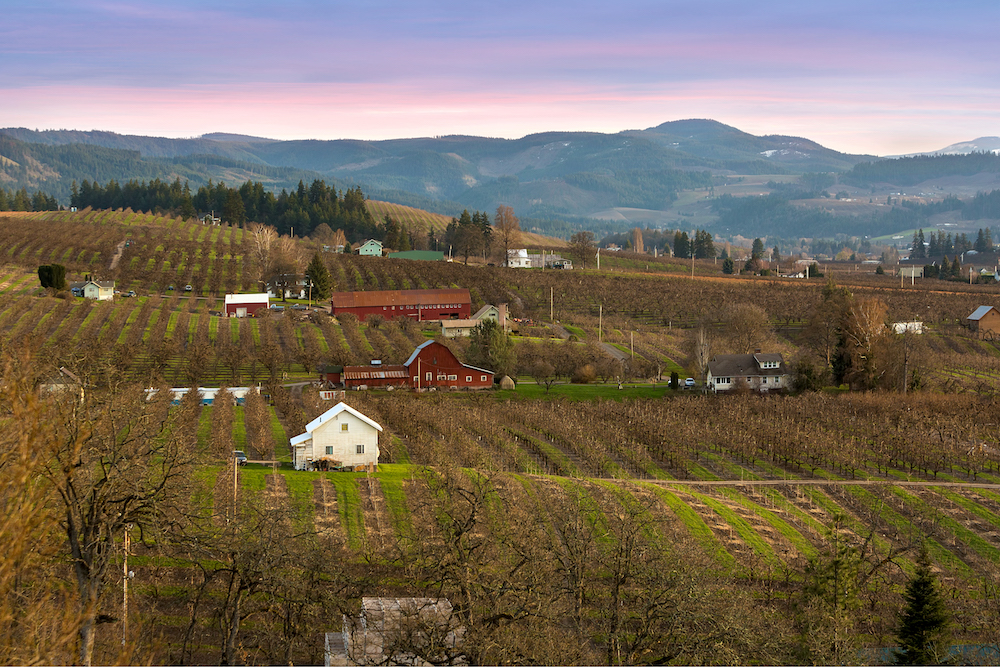 “How do we bring together disparate communities to visualize the future, change the narrative, and understand each other more deeply?”

How are young people giving you hope right now?

In the last ten years, my worldview has been challenged and changed by conversations with young people from a generation or two below me. Our conversations about equity and diversity and issues like race and gender have really made me rethink where I was standing. What gives me hope is that the things that weren’t so obvious to me are really obvious to my kids, and things that aren’t obvious to them will be super obvious to their kids. There is generational progress over how we look at our differences and our ability to contribute. I still have a lot of work to do, and the challenge always comes from people who are much younger than me.

What more do you think Oregon can do to lift up and listen to youth voice?

One of the best things that we can do for kids is to help them find their voice. If they find their voice, we're going to learn from them. That’s going to take an education system that focuses on the whole child. If we change the narrative toward how our schools and state develop the complete humanity of our children, there will be all sorts of opportunities to tap young voices.

You live in Marion County on a working farm. What do you see when you look out the window?

We live in what’s called French Prairie, which is lush and largely flat agricultural land. I see a lot of fields and a lot of trees in the mid-distance. We have about 270 filbert trees and they love the north Willamette Valley. We grow them organically, which is difficult to do.

Where do you go to be alone?

We have a small home in Neskowin, and it’s a place of wonderful peace. The problem with having a farm is that there’s a never-ending list of projects that I am forever not getting around to. It’s very hard to truly relax at home. Out of sight, out of mind, right?

What's the first thing you do when you visit a new town or city?

I tend to walk through cities that I don’t know. I love maps, and I’ll study a map to figure out the most interesting path. I’m looking at the people, the architecture, and anything that might teach me something about the culture of a place.

When you’re not walking, what’s your favorite highway to drive in Oregon?

I will never get tired of driving through the Columbia River Gorge at any time of year. The light is always gobsmacking. I love the road through Mitchell and John Day. My wife and I go to Malheur County once a year, and the roads around Steens Mountain are phenomenally beautiful.

The Overstory by Richard Powers.

Who do you root for?

These days I root for democracy.

We’re thrilled to welcome Jason to our team as FBO’s Policy and Research Associate.

With another historic investment in summer learning on the horizon, FBO and partners explore how community-based summer programs support youth to learn, grow, and thrive.

News & Stories
Where the Legislature Fell Short in 2022
Mar 04, 2022
By: Whitney Grubbs and Amanda Manjarrez

The short legislative session has ended with a failure to answer the calls of youth and community leaders to stand up for racial justice in public education.

News & Stories
How Oregon Educators Can Fulfill the Promise of Ethnic Studies
Feb 02, 2022
By: Megan Irwin

FBO and the Oregon Partners for Education Justice (OPEJ) are urging lawmakers to invest in professional development for ethnic studies in Oregon.

The story of Oregon’s 2021 graduation rate is a growing collective effort to ensure every child has access to equitable education and individualized learning.

Sign up for our newsletter to get the latest news, research, and more from Foundations for a Better Oregon.

We invite you to republish this piece online or in print under a Creative Commons license, provided that you attribute the piece to Foundations for a Better Oregon and include the author’s name in the republication. You are welcome to translate but otherwise may not edit the piece. If you have any questions or would like to republish a shorter version of this piece, please email us at:  [email protected]

A Conversation with Peter Koehler

This piece was originally published by Foundations for a Better Oregon.